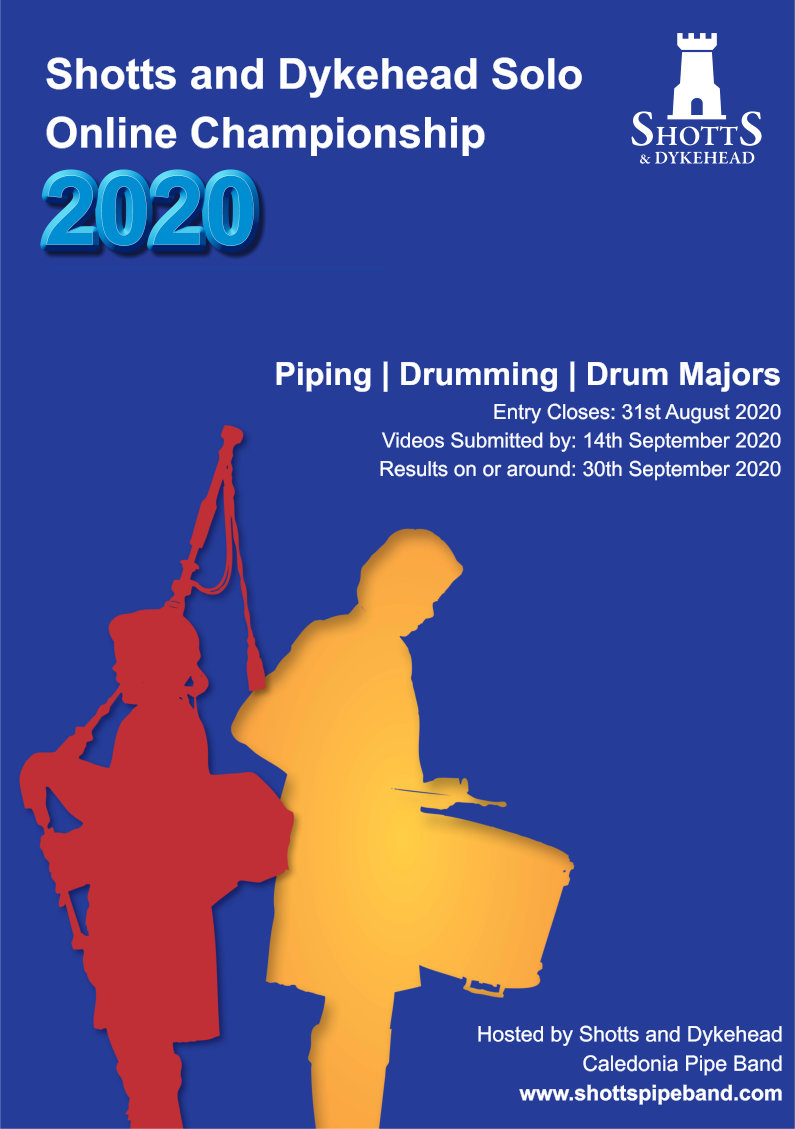 Shotts and Dykehead Caledonia Pipe Band is one of the most successful and celebrated pipe bands in history. 16-time winners of the RSPBA World Pipe Band Championships, Shotts and Dykehead Caledonia has been an institution in the pipe band world for over a century. The band is led by Pipe Major Emmett Conway and Drum Major Andrew Lawson, and is based in Shotts, Scotland.

To find out more about Shotts and Dykehead Caledonia Pipe Band, click here… 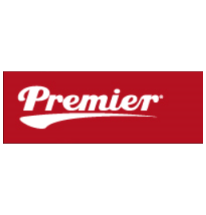 We are delighted to announce that Roddy MacLeod will be adjudicating the Shotts and Dykehead Solo Online Championship 2020.

Roddy MacLeod, MBE, is one of the most distinguished and widely accomplished pipers of his generation, and one of Highland piping’s most profoundly influential identities.
With the mentoring of his long time teacher – the late Duncan Johnstone, he developed into a top class solo piper.

As a soloist, Roddy MacLeod won his first Gold Medal at the Northern Meeting in 1986, then the Argyllshire Gathering Gold Medal in 1988. He has won the Glenfiddich Piping Championship five times, winning the MSR three times and the piobaireachd event a record ten times, the Silver Chanter seven times, the Northern Meeting Clasp on two occasions, Bi-centenary medal (1988) and Former Winners MSR, the Senior Piobaireachd at the Argyllshire Gathering twice and the Former Winner MSR twice. At the Scottish Piping Society of London Championship he has won the Bratach Gorm eight times, the Gillies Cup Open Piobaireachd nine times, the Former Winners London Medallion MSR five times and the Overall Championship eight times. He continues to be a dynamic and exceptionally successful competitor. He is internationally esteemed as a teacher, adjudicator and recitalist and, for more than 20 years, his warm, strong-sounding 100 year-old Lawrie pipes have given immense pleasure to audiences around the world.

In addition to his solo piping, he developed his interest in pipe bands from a young age and played with the Red Hackle and British Caledonian Airways Pipe Bands, the last of which became the ScottishPower Pipe Band. In 1995, Roddy MacLeod became its Pipe Major and, over the next decade, led it to over 45 Grade 1 Championship prizes including the Cowal Championships and All Ireland Championships.

In 2008, Roddy was involved in the formation of the Spirit of Scotland Pipe Band which brought together a group of elite solo pipers and drummers for one week. The band with Roddy as its Pipe Major played in Grade 1 at the World Pipe Band Championship and qualified for the final. A movie called “On the Day” was made documenting the band’s preparations and performances.

Deeply loyal to piping’s traditions, Roddy MacLeod also has been potently engaged with innovation and development. As Principal of The National Piping Centre from 1996 -2020 he was a prominent driving force behind such highly significant initiatives as the development of the BA (Scottish Music – Piping), degree programme, the establishment of the National Youth Pipe Band of Scotland and the formation of the Piping and Drumming Qualifications Board. He was the founder of CLASP and co-founder of Piping Live!, Glasgow International Piping Festival.

He has so far been responsible for the production and editing of three influential teaching books, the National Piping Centre’s Highland Bagpipe Tutor Book and its Piobaireachd Tutor Book as well as the Transition to Bagpipes book. In addition, during his 24 year tenure he was editor of two magazines – “Piping Today” and following the integration of the College of Piping – the “Piping Times”. He also founded the online news service Bagpipe.news.

In 2003, he was made a Member of the British Empire in recognition of his services to piping and, in 2004, was awarded the Glenfiddich Spirit of Scotland Award for Music.
In 2012 Roddy was inducted into the Scottish Traditional Music Awards Hall of Fame
In 2019 he was honoured by the City of Glasgow and awarded the Lord Provost’s award for services to music.

Thank you to Roddy for being a part of our online solo competition! ...

Please please will you get all your incredible adjudicators to do a recital? It’s a truly remarkable line-up! Well done!

The most impressive piping CV!

We are delighted to announce that Gail Brown will be adjudicating the Shotts and Dykehead Solo Online Championship 2020.

This year is Gail's 60th anniversary of playing, having begun at the tender age of 7. Those 60 years are marked with many successes including several professional Piper of the Day solo awards and World Pipe Band Championship titles (2 as Pipe Major).

The main focus of her career has been as an instructor to hundreds of players, most in the province of Ontario, Canada. Many have gone on to play in successful Grade one pipe corps.

Her own knowledge and experience are the result of wonderful instruction and leadership from the late PM Alex Robertson, the late John Wilson (Edinburgh) and the late Tom McAllister Jr. Without their dedication to assisting Gail to improve and move forward, she would still be playing in her local Milton Girls Pipe Band. Her emphasis to pupils is to always enjoy and have fun with your playing whether it be competitively or in a performance for others.

Thank you to Gail for being a part of our online solo competition! ...

Congratulations, what a great choice! Miss you Gail!!

Congrats Gail....you know I miss you.😍

We are delighted to announce that Steven Leask will be adjudicating the Shotts and Dykehead Solo Online Championship 2020.

Steven, from Irvine, Ayrshire, has been piping since the age of 10 and now receives tuition from Willie McCallum. He is a former member of Strathclyde Police Pipe Band; having joined at the age of 15 and more recently played with Shotts and Dykehead Caledonia Pipe Band up until 2018. As well as competing at the top level of pipe bands, Steven is also an active solo competitor.

Thank you to Steven for being a part of our online solo competition! ...