Shotts Secure a Win at Dunfermline

Shotts and Dykehead Caledonia started the 2014 season with a win at the Dunfermline Highland Games on Saturday, 24 May

The competition was staged at the scenic Pittencrieff Park within view of Scotland’s historic Dunfermline Abbey. For many bands on the Scottish pipe band scene, the competition marked the first occasion to get outside in 2014, and bands were able to use the event as an important preparation for the first major championship the following weekend. For Shotts and Dykehead Caledonia, the competition was not only the first formal outgoing of the 2014 season, but one the first opportunities for the entire band to play together in an outdoor setting, as even in practice in the months leading up to the season there were only a few dry evenings when the band was able to rehearse outside. The weather on the day remained dry, but overcast with a cold wind maintaining temperatures at a cool 12 degrees, which rendered the day a challenge for preparation and performance. The band was second on and performed its number two medley selection, winning the competition on an ensemble preference.

You can watch the band’s performance here, thanks to a recording from Pipe Band TV: 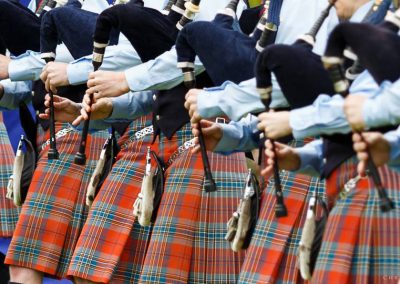 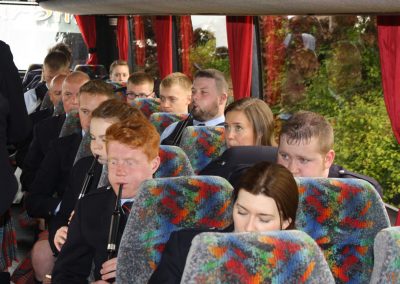 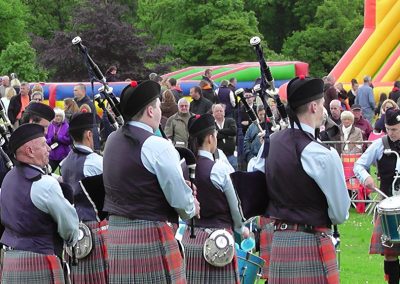 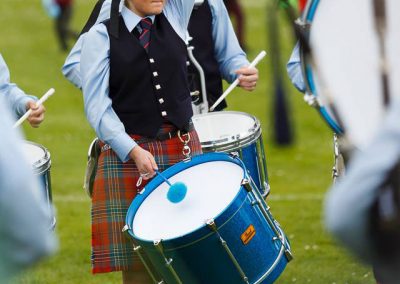 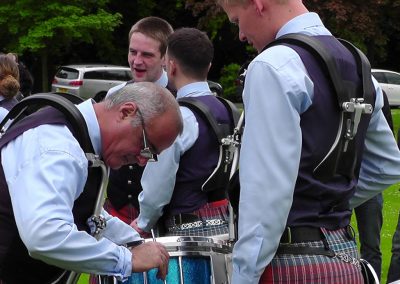 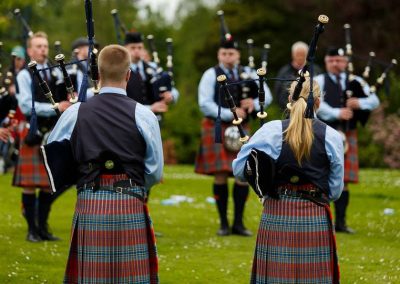 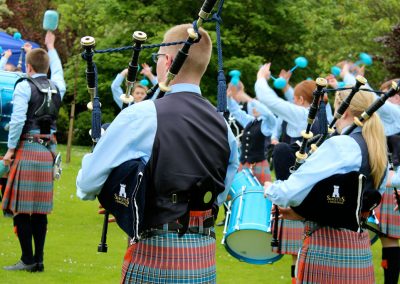 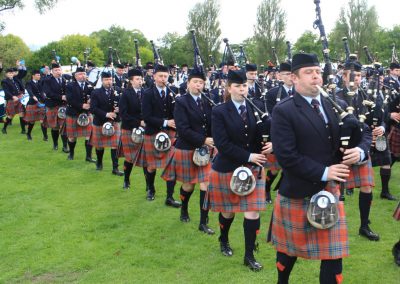 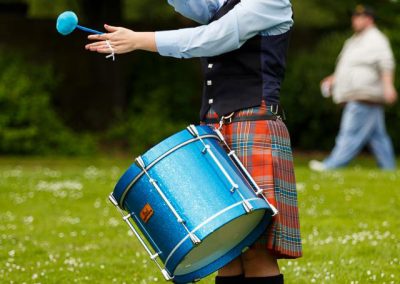 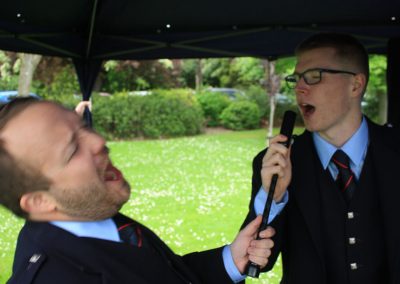 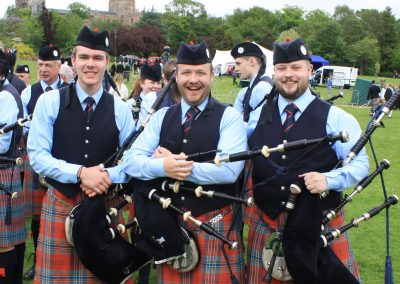 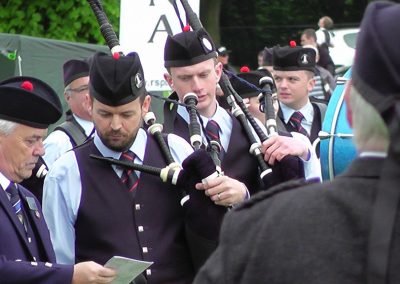 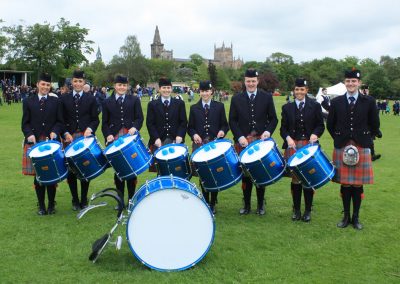 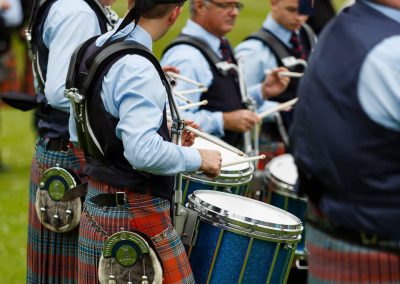 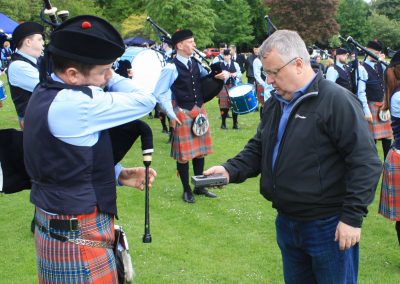 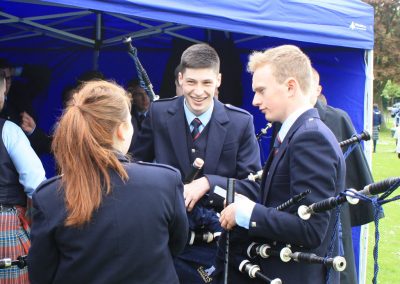