Shotts Finish 3rd in First Major of the Year

Marching off after performance at British Championships. Photo by Cheez Photography

Shotts and Dykehead Caledonia Pipe Band finished in third place at the British Pipe Band Championships held in Bathgate, Scotland, on Saturday, 30 May. The Championship was the first ‘major’ in the 2015 RSPBA calendar, and was held in Bathgate for the third year running, although this year with a venue change from Meadow Park to the larger Balbardie Park of Peace. Attracting 124 bands and thousands of spectators, the weather remained dry for the competing bands, albeit cool and windy.

For Shotts and Dykehead Caledonia, this was the first time performing ‘on the grass’ this year, and the second public performance following the band’s Reinvented concert in Aberdeen at the start of May. It was also an important opportunity for the band’s new members to claim some vital experience with the band in the competition arena. Over the previous two seasons, both Pipe Major Ryan Canning and Drum Major Jim Kilpatrick MBE have been on a rebuilding mission, including adding many new young players to the ranks. Whilst this year has seen a very stable membership following on from last season, the band has added a few new members, and was delighted that each of them played in competition last Saturday.

The Championship was a March, Strathspey and Reel contest, and Shotts and Dykehead Caledonia was drawn in eighth spot out of eleven total bands in Grade I. On the line, the band drew its number one MSR set, The Highland Wedding, Susan MacLeod and John Morrison of Assynt House.

After the competition when the prizes were called, the band was called out in third spot; the best prize to date under the band’s new leadership. It has been five years since Shotts and Dykehead Caledonia Pipe Band finished amongst the ‘Top 3’, the last time being the Scottish Pipe Band Championships in Dumbarton in 2010. The result is a strong achievement for the band as another step forward in the progression towards the top.

Shotts and Dykehead Caledonia will next compete at the United Kingdom Pipe Band Championships in Belfast, Northern Ireland, this coming weekend on Saturday, 13 June, 2015. 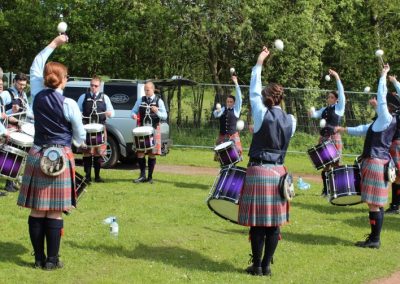 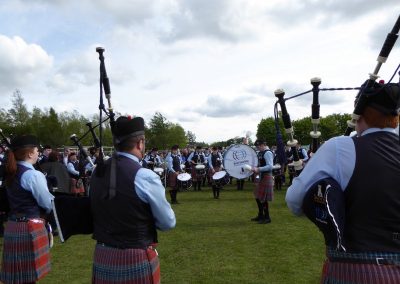 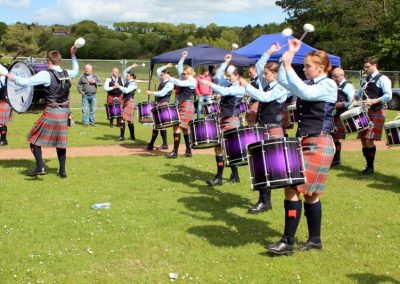 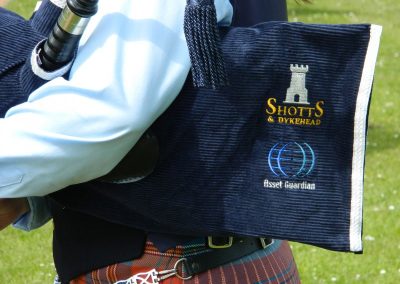 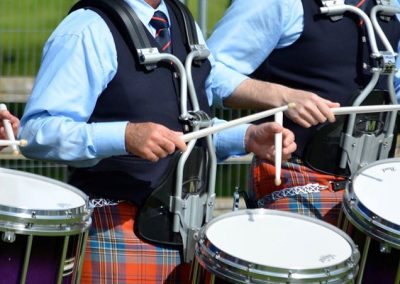 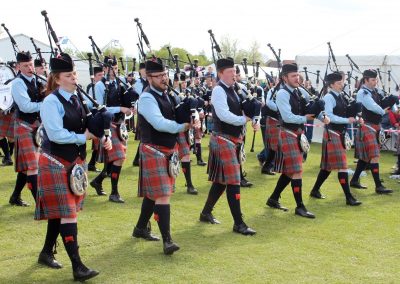 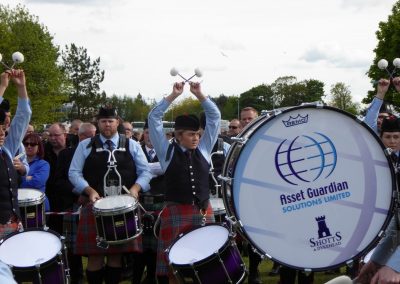 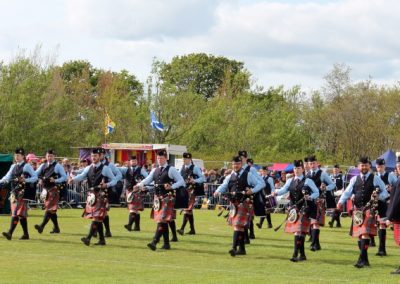