Group shot of Shotts at the Worlds Championships

The World Pipe Band Championship is undoubtedly the most important day on the calendar of pipe bands and as such is a real test of the band’s progress. This year again featured a two day Worlds format but unlike 2013 the qualifier this year was held on the Friday instead of the Saturday and the final on Saturday instead of Sunday.

The Friday MSR qualifier began at 11:00AM and Shotts was on second at 11:10AM, meaning an early arrival at the park for band members. Members mingled, having their morning bacon rolls and tea, waiting for the day’s playing to begin. After a relatively short warm up and tune up the band played the number two MSR, The Links of Forth, Atholl Cummers, and The Smith of Chilliechassie. In the afternoon the band played their number two medley, beginning with The Blockbuster. Conditions were fair throughout the day and Shotts was pleased to go through to the final.

After qualifying on Friday the band took a moment before dispersing to thank those who help behind the scenes with the day to day operations of the band, including Jim Bruce, Maureen Gilmour, and Ewan McAllister. A special thanks went to long time Shotts player, former pipe major, and current supporter Sandy Bell, who this year celebrated 50 years with the band. Sandy played pipes in the band for thirty years, two of which he spent as pipe major, and then moved into a supporting role as the band’s chairman and treasurer. The band would like to thank Sandy for his many years of service to Shotts and Dykehead Caledonia Pipe Band and wish him well in the years to come.

Saturday was a return to the business of the Worlds, the band playing eighth on in both the MSR and medley competition. Conditions were poor, with continual rain through the day, but nothing compared to the biblical downpour of the previous year! Both performances went well and the band eagerly awaited the results of the day.

The first prize announced in Grade 1 was that of the world drumming title, which Shotts and Dykehead won for the 29th time in the band’s history. This was Lead Drummer Jim Kilpatrick’s 16th win of the sash as leading drummer of Shotts and Dykehead. This win comes at the end of a season where the drum corps had placed consistently in the prize list but had been just shy of nabbing the prize. The band came in fifth overall, and is proud of the progress made this year. This marks the first time since 2010 the band has placed in the Worlds prize list and the first time the band has had a prize under Pipe Major Ryan Canning at the Worlds. Performances from the World Pipe Band Championships 2014 can be found in the links below. 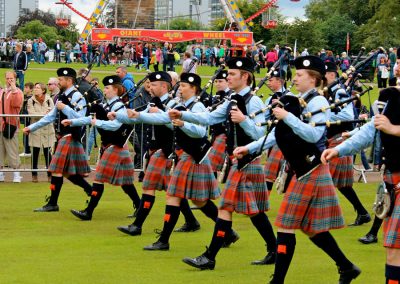 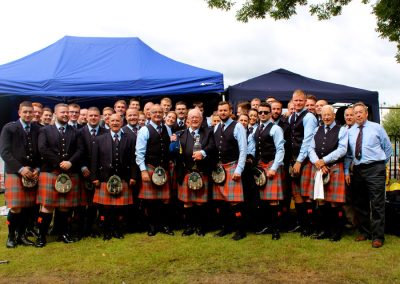 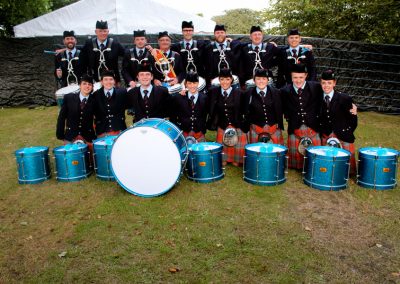 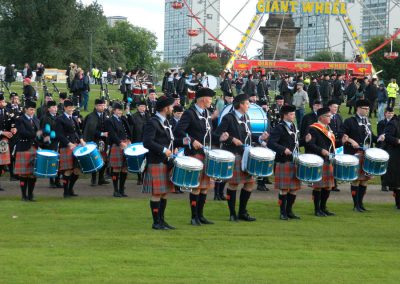 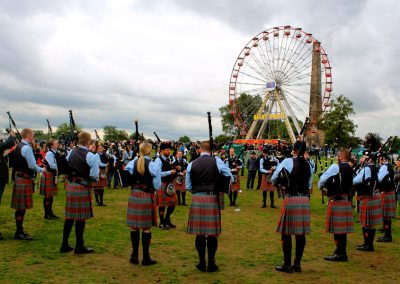 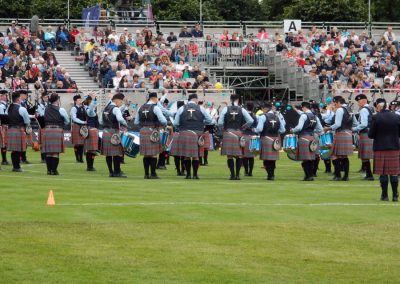 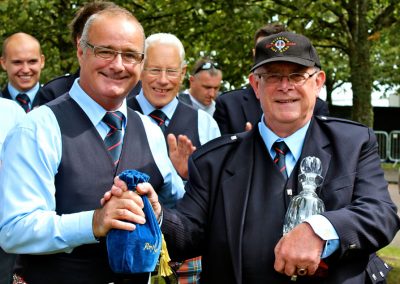 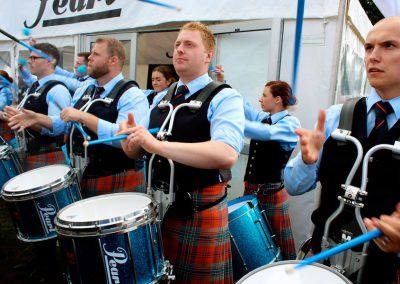 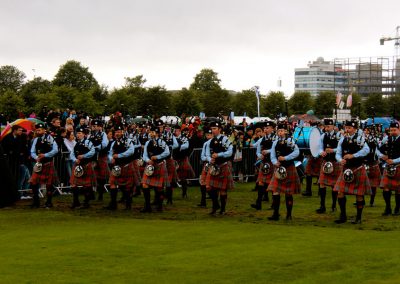 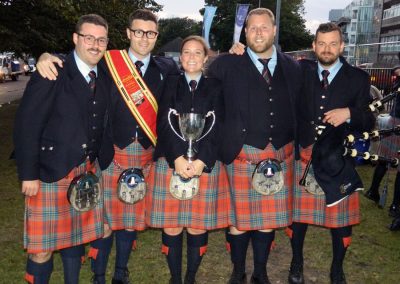 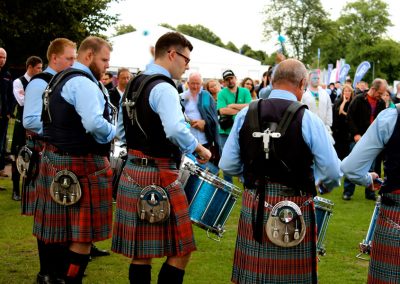 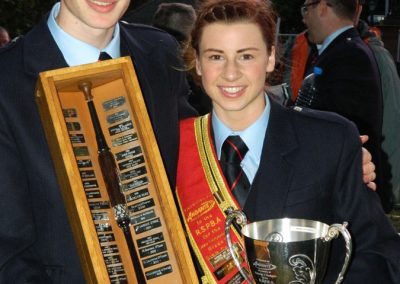