Shotts Continue to Improve in Forres

It was a great day for pipe bands at the European Pipe Band Championships on Saturday, 29 June

The second major championship of the 2013 season was held at Grant Park in Forres, Moray, in the north of Scotland. The competition was a tremendous success, with 115 bands competing and thousands of spectators enjoying their performances at an excellent venue and well-run contest. The bands also benefitted from another day out with good weather, and while not experiencing the direct sunshine from the British Pipe Band Championships in Bathgate earlier in the season, the overcast but warm weather provided perfect conditions for pipes and spectators alike. Shotts and Dykehead Caledonia was drawn 7th out of 13 bands in Grade 1, and drew its number one medley selection. The contest was only the band’s third competitive performance under new Pipe Major Ryan Canning, and was the second airing of the new medley after debuting it at Shotts Highland Games a few weeks previous. In the end, the band finished seventh overall. While the results featured Shotts just outside the prize list, the band felt it was able to build upon its two previous showings this year, and was very happy to produce a performance it was proud of. The band was also pleased for its new Drum Major Iona Burns, who again finished in the prize list, taking a 6th place in the adult grade.

The next performance for Shotts and Dykehead Caledonia Pipe Band will be at the Scottish Pipe Band Championships in Dumbarton, Scotland, on Saturday 27th July.

You can listen to the band’s medley performance below, courtesy of “Drone Chorus”: 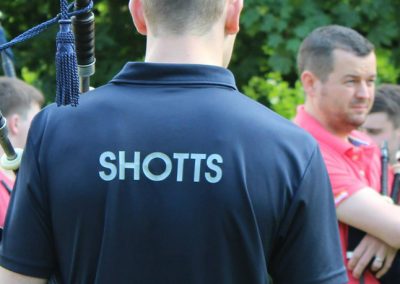 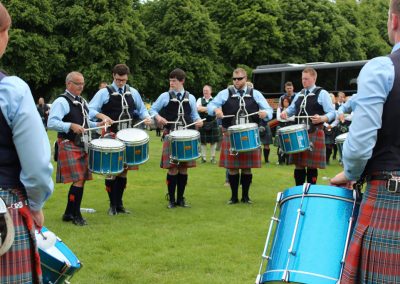 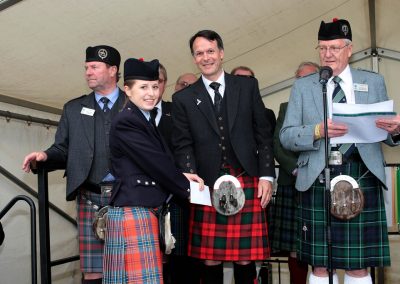 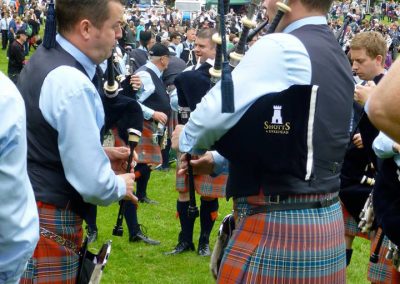 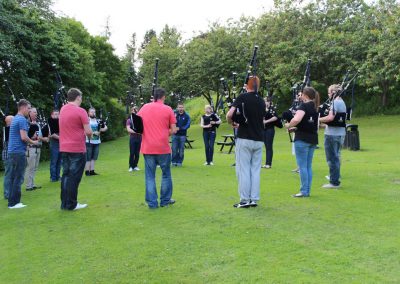 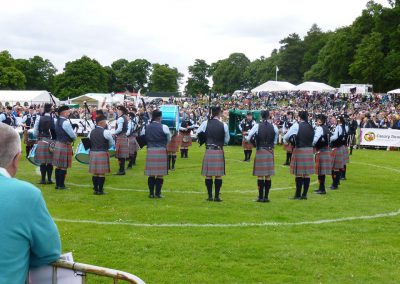