The build-up to the 2013 World Pipe Band Championships was an intense week for the band, with practices taking place at the Shotts band hall, as well as outside West Brewery at Glasgow Green on the Thursday and Friday before the competition. Band members also attended events during Glasgow’s Piping Live! festival, in which band members performed and socialised. 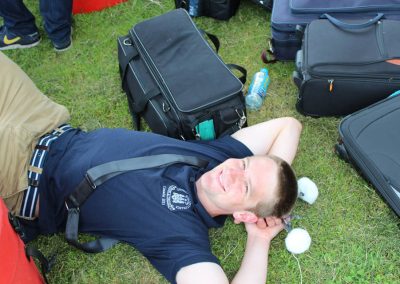 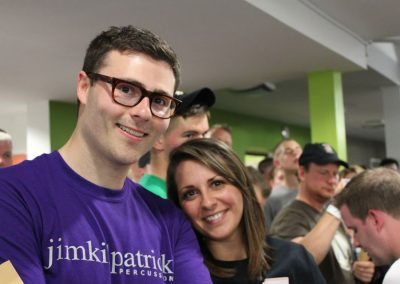 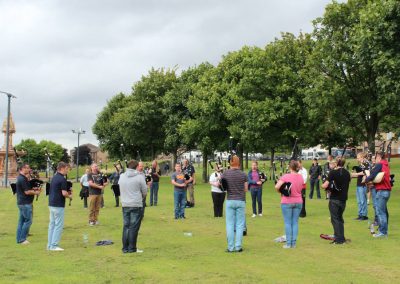 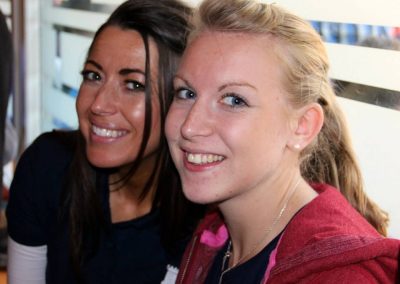 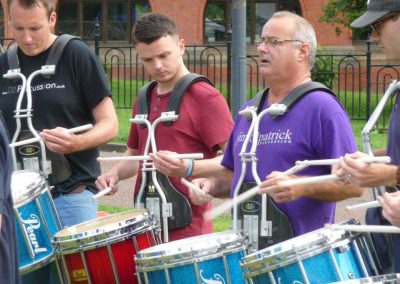 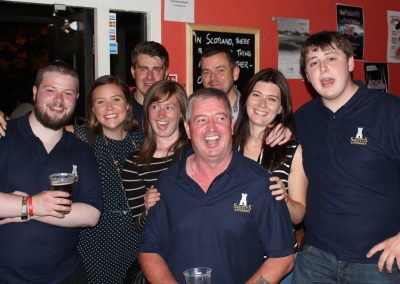 With the Worlds approaching, the change in format to create a new two day event was an unknown quantity. The new two day set-up would require a qualifier on the Saturday the 17th of August where each band would perform both an MSR and Medley, and then a 12 band final on Sunday the 18th where the top bands to make it through would play again with a second MSR and Medley. Grade 1 was split into two qualifying heats, and the winner was determined from the Sunday final.

For Shotts and Dykehead Caledonia, the goal was to get through the Saturday qualifying round, but also to preserve the instruments for the possibility of four performances. The weather would be the biggest variable and remained the biggest worry. As Saturday morning approached, the forecast of heavy rain looked foreboding. Shotts was drawn in the first heat, and would play the MSR in the morning with the Medley in the afternoon. Conditions were terrible all morning, with several bands having to both play and prepare in the pouring rain. Shotts initially enjoyed a brief dry spell in which to tune up, but was soon plagued by rain again in final tuning which persisted through the whole of the band’s qualifying MSR performance. After drying out instruments and uniforms, the band returned again to play its Medley in the afternoon. Unlike the morning, the band tuned up and competed in dry and sunny conditions, and was very pleased with its afternoon performance. You can listen to the band’s qualifying medley performance here below:

The band made it through to the Sunday final, and the Shotts drum corps had won the drumming in both the qualifying MSR and Medley events. The band now had to do it all over again. On Sunday morning, rain fell intermittently and the band prepared in the same way as it had the day before. Unlike other bands in the early part of the morning, Shotts’ tune-up, including final tuning, had remained relatively dry and the band progressed to the line. However, as the band began to play its MSR, a torrential downpour of biblical standards swept across Glasgow Green. While the rain had been bad throughout the weekend, nothing had come down as rapidly or as overwhelmingly as this particular downpour, and band members could see the crowd ducking for cover as members played on. Even the judges struggled to continue, as the severe wind which had brought the downpour played havoc with capes and score sheets. By the time the band finished its MSR performance it received a huge applause from the audience in collective appreciation for surviving the weather, and emerged soaked, but ready for the challenge of the afternoon. 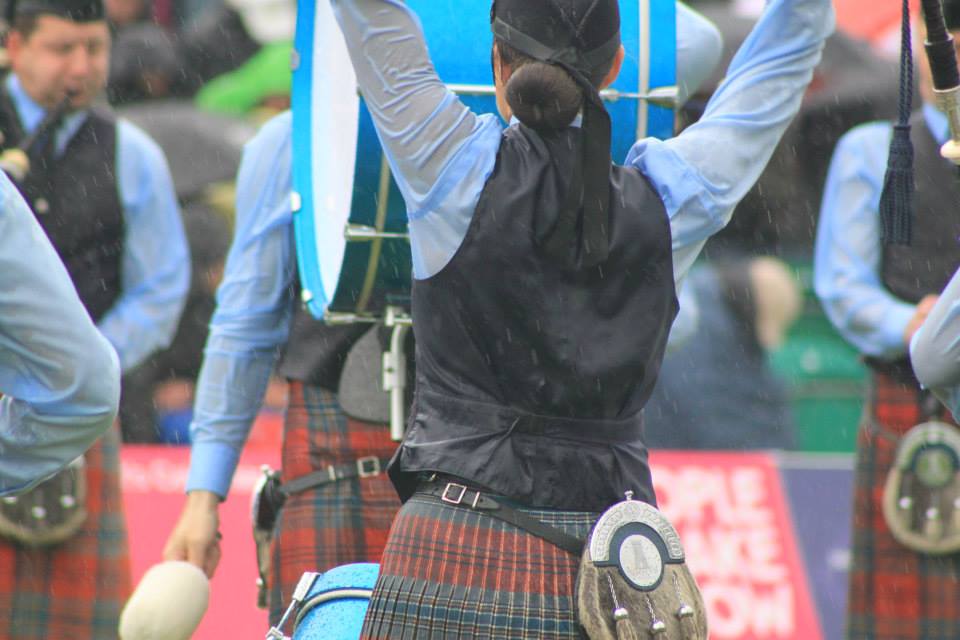 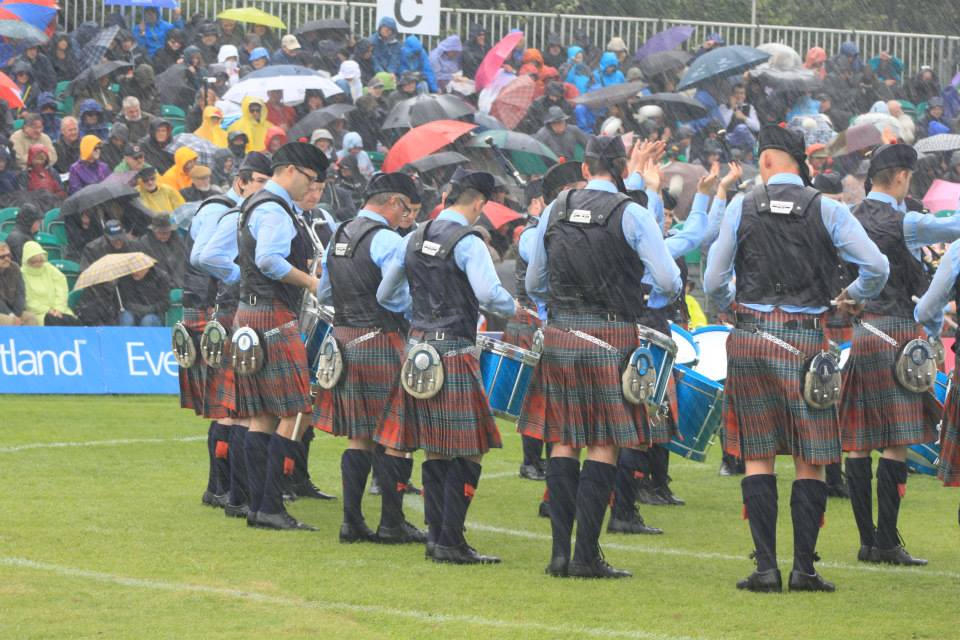 Shotts perform in the most difficult of conditions

After the soaking in the MSR performance, the band had a lot of work to do to turn around quickly for the Medley. The afternoon tune-up was essentially starting from scratch, with changeable conditions which continued to test the band under pressure. As the band presented its medley in its final performance of the weekend, direct sunshine emerged towards the end of the performance which presented an opposite but equally difficult challenge for the pipes. All in all, like every band on the park that weekend, Shotts and Dykehead Caledonia had done what it could to brave the conditions, perform its best under difficult circumstances, and carry on. The band finished 8th overall, and felt proud of its overall presentation across a difficult weekend. You can watch the BBC’s official coverage of the band’s final Medley here: