Sad News of the Passing of Former Member Danny Connor

Shotts and Dykehead Caledonia Pipe Band was sad to learn that Danny Connor, one of the band’s former players, passed away on 24 July 2015.

Danny was born in Edinburgh in November 1936. As a youngster he was involved with the Scouts and latterly the Boys Brigade, and it was from this background he became interested in pipe bands. Friends of his grandparents were involved with the Borthwick Pipe Band from Birkenside of which Danny became a member as a piper.

In 1955 Danny was called up for national service and joined the Royal Scots until 1957. Following this, he joined the Grade 1 Edinburgh Specials Police Pipe Band.

Upon taking up employment with Edinburgh Corporation Transport Danny joined the organisation’s Grade 2 pipe band. He became Pipe Major and under his leadership the band was successful in rising to the top of Grade 2, including winning the Grade 2 World Championship. During this period he also became involved in bagpipe manufacturing with the well known Glens Bagpipe Makers of Edinburgh.

It was in 1970 that Danny joined Shotts and Dykehead Pipe Band under Tom McAllister Jnr. and remained with the band until 1986, winning four World Championships during that time.

Danny left Shotts and Dykehead to join his sons Steven and Euan who were both playing with Lothian and Borders Police Pipe Band. Following retirement from pipe band competition, Danny turned to teaching and coaching young players mainly in the West Linton and Peebles areas.

Outside of pipe bands, in 1959 Danny married his wife Nan. They had three boys, Steven, Chris and Euan.

Danny’s health deteriorated dramatically over the last few months and he passed away suddenly on 24th July.

His funeral service was held on 6 August 2015 in St. Joseph’s Church, Peebles, followed by the committal at St Andrew’s Cemetery on Neidpath Road.

All of Shotts and Dykehead Caledonia Pipe Band would like to extend our condolences to Nan, Steven, Chris, Euan and Danny’s wider family and friends. 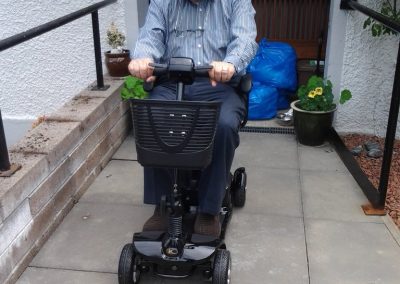 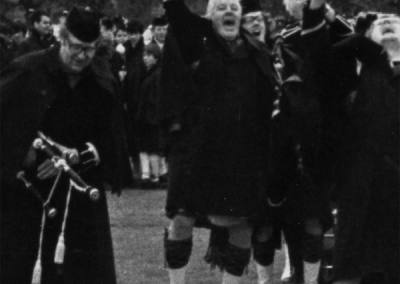 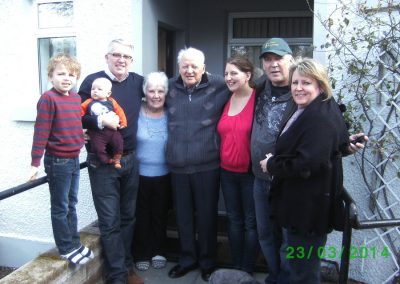