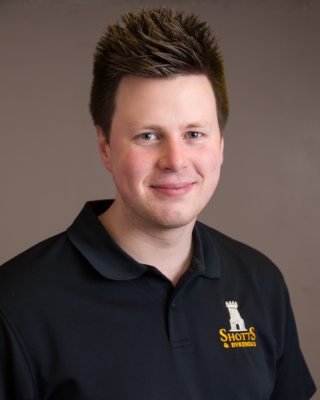 Neil played in Shotts from 2006 to 2013 as the leader of the band’s bass section, and in 2015 rejoined in a new role as snare drummer. Neil is a past winner of the Gold Medal Tenor event at Winter Storm in Kansas City, and as a snare drummer reached the final of the 2015 World Solo Drumming Championship. He played with the National Youth Pipe Band of Scotland from 2005-2012 where he enjoyed spells as the band’s Drum Corporal and Drum Sergeant. Neil hails from Carstairs near Lanark, and is a 2013 graduate from the University of Strathclyde in Electronic and Electrical Engineering, now working as a Systems Engineer with Elite Control Systems. In addition to his other attributes, Neil was quick to point out that he still has the “best hair in the band!