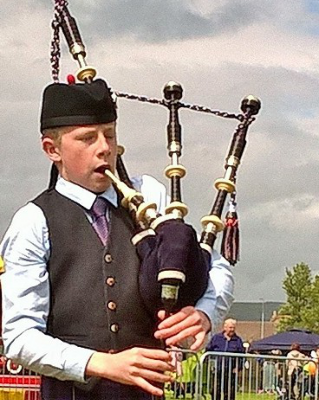 Luke joined the band at the end of the 2017 season at the age of 14. He is from Strathaven in South Lanarkshire and is in 4th year at school. He is also a member of the National Youth Pipe Band of Scotland and has enjoyed trips to places like Switzerland as well as Buckingham Palace. A particular highlight was a solo performance at the band’s ‘Thunderstruck’ concert in Perth, 2017. Luke is very active in the junior solo piping scene and has won top prizes including the National Piping Centre MSR, Cowal Gathering MSR and Piobaireachd competitions and the intermediate MSR at the Argyllshire Gathering last year. Luke is looking forward to the future with Shotts.