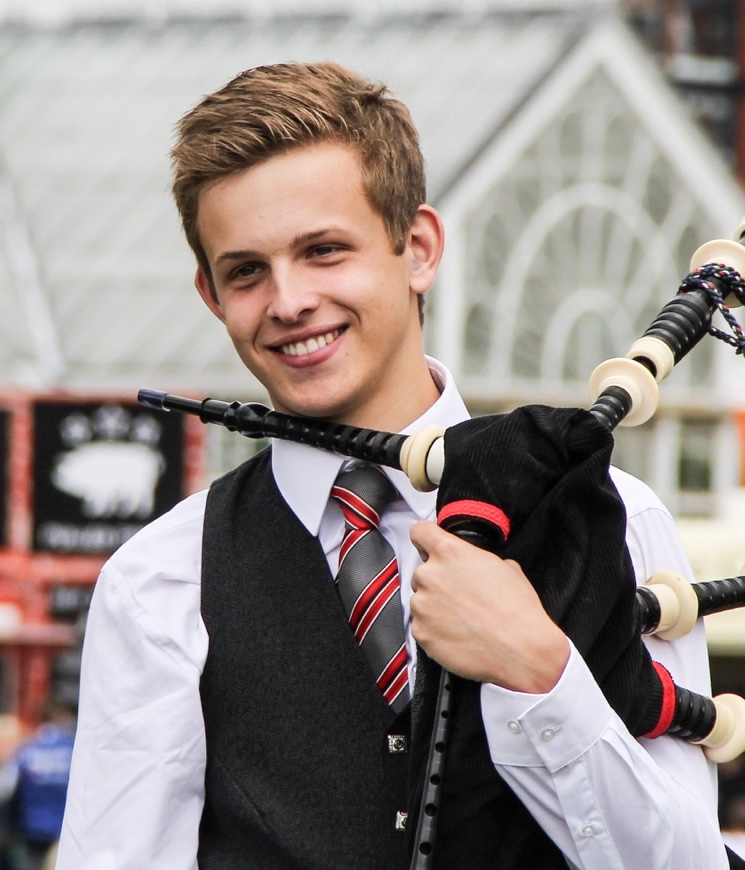 Liam joined the band in 2019 and is originally from Kirriemuir, Angus. He now resides in Edinburgh, where he works as an Electronics Engineer within Leonardo. Liam started his piping career at the age of 7 under the instruction of Murray Henderson. He further developed his playing career under the tuition of Jim Semple thereafter, David Wilton who has coached him through most of his Piping Career. Before joining Shotts, Liam played with the City of Brechin Pipe Band, Mackenzie Caledonia, and the Lomond and Clyde Pipe Band, winning Champion of Champions in 2017.  Liam was also a member of the National Youth Pipe Band of Scotland for five years. He enjoyed the great opportunities to play at various venues, including Buckingham Palace and the SECC.