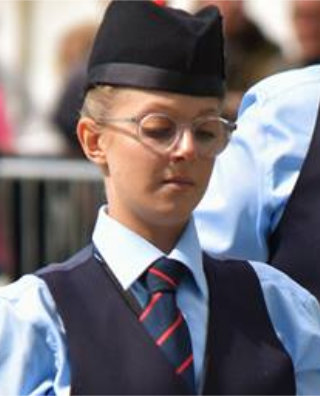 Lauren joined Shotts in 2018. Growing up in Midlothian, she began tenor drumming at age 10 at local band Penicuik and District. She joined Pryde of East Lothian in 2011 for two seasons. Lauren is also a previous member of the Boghall & Bathgate Caledonia Pipe Band in the Juvenile grade and then Grade 1. Lauren has played in a number of solo competitions – her achievements include two International Tenor Drumming Competition titles. Outside of band, she studies Biochemistry at the University of Glasgow, with plans to graduate in June 2019 and study a Masters in Forensic Toxicology.