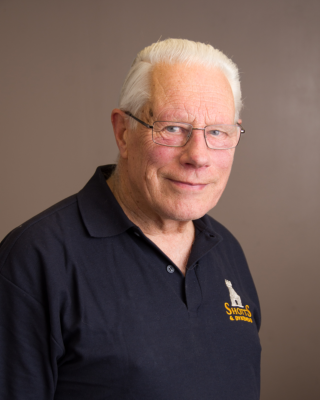 Jim first got involved with Shotts and Dykehead Caledonia in 1993 when his sons David (piper) and Sandy (drummer) both joined as members. His son Sandy didn’t stay with Shotts for long, but David stayed on to win three World titles with the band. David is now Pipe Major of the Grade 2 Dumbarton and District Pipe Band. Jim has remained a loyal supporter of Shotts and Dykehead Caledonia, and while he himself has never played either pipes or drums, he became a committee member in 2005 and still attends most band practices to this day.