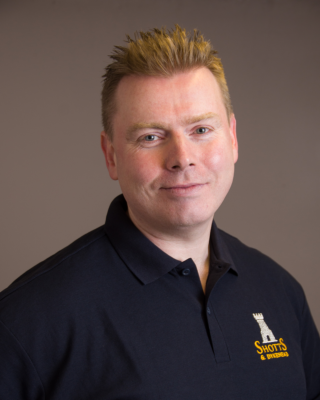 Ian joined Shotts in 2016. He previously played as a fly-in player with the LA Scots pipe band. Prior to that, Ian was a member of the Clan Gregor Society Pipe Band for several seasons. Ian was part of the drum corps that won a grand slam for drumming in Grade 2.
Ian holds a BSc in Computer Science, has his own I.T consultancy company and lives in Currie, Edinburgh with his wife, son & daughter.