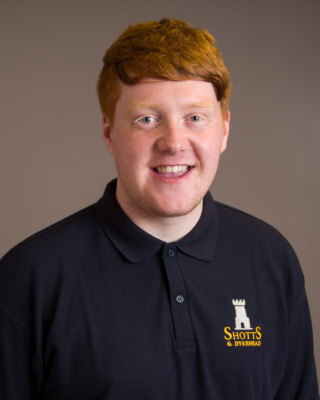 Fraser joined the band in 2013 at age 15, he began piping at age 10 receiving tuition from Gareth Rudolph. Fraser was then tutored by Pipe Major Ryan Canning from the age of 11 up until I joined Shotts and Dykehead along with Ryan in 2013. Before joining Shotts his previous bands include North Lanarkshire Schools Pipe band and Torphichen & Bathgate Pipe band. 2016 will be Frasers 4th season with the band and 5th playing in grade 1. Fraser lives in Moodiesburn, Glasgow and is one of the band’s local players. He is currently studying to gain his Certificate in Mortgage Advice and Practice and works in the family business Financial Clarity. His older brother Ryan is also in the band as a snare drummer. Fraser is a member of the National Youth Pipe Band of Scotland. Piping highlight was winning the Grade 1 Worlds in 2015.