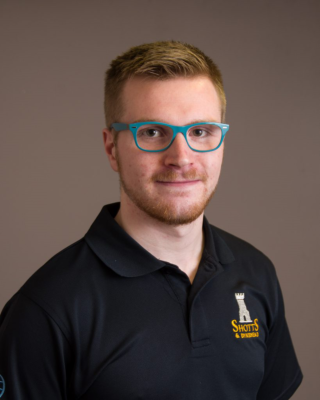 Fraser joined the band in 2014. He is originally from Dumfries, and started his piping career under the tuition of Jim McConnichie and Alan Maltman. Fraser is a former member of the Dumfries and Galloway Constabulary Pipe Band, twice winning the branch championships in Grade. He won various solo prizes at juvenile level, and now lives in Glasgow where he studies Civil Engineering at the University of Glasgow. One interesting fact about Fraser is that his name was supposed to be spelled with a “z” however it was misspelled on his birth certificate, and he’s gone by “Fraser” ever since!