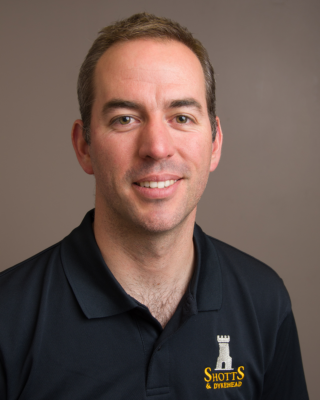 Andrew joined the band in 2004, and is a World Pipe Band Champion with the Shotts band. He is originally from Newmarket, Ontario, and previously spent seven seasons with the Peel Regional Police Pipe Band, as well as having played with the Toronto Police Pipe Band in Canada. Andrew is a successful soloist and has twice been a finalist at the World Drumming Solos, including finishing in fourth place. Andrew is self-employed as an AV technician as well as a part-time photographer and drumming tutor. He is settled in Glasgow with his wife Kirsty, herself a past member of the Shotts band, as well as his young daughter.
Andrew was appointed Leading Drummer of the band in late 2015.