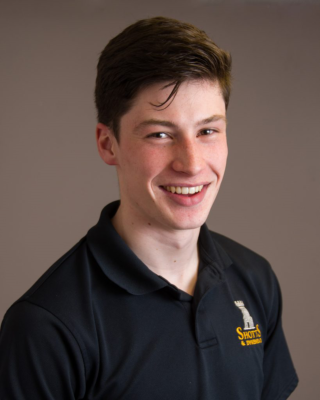 Andrew is from Montrose, Angus, and joined Shotts in 2014. He previously played with the City of Brechin Pipe Band, Bucksburn and District in Grade 2 as well as serving as Pipe Major of their Novice Juvenile band, and as a guest player with Canterbury Caledonian Society of Christchurch, New Zealand in Grade 1. Andrew was a regular prize-winner on the junior solo circuit in Scotland and was overall winner of the Scots Guards Association Junior Solos, a former prize-winner at the National Piping Centre annual Junior Competition and a Pipe Idol finalist. Andrew is one of the senior members of the National Youth Pipe Band of Scotland and Pipe Sergeant of their Development Band. He studies law at the University of Edinburgh and is looking forward to spending his 3rd year studying at McGill University in Montreal, Canada