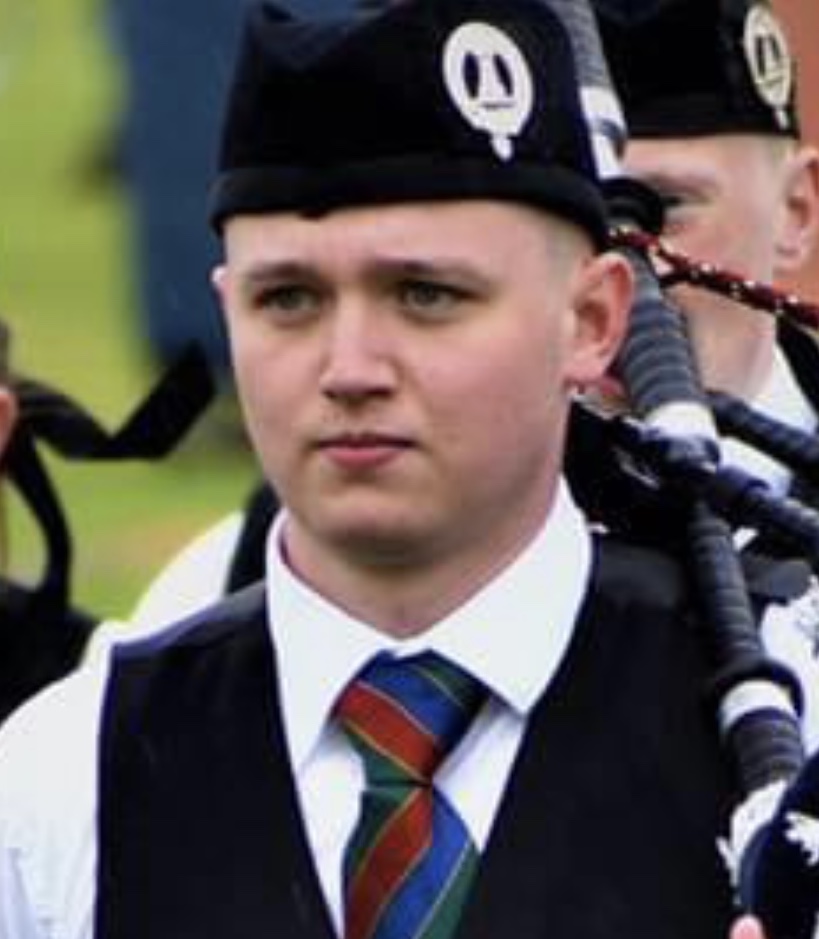 Owen joined the band in 2021 age 20, he is from Banff, Aberdeenshire and began piping at the age of 10 at Turriff and district pipe band under the tuition of Billy and Jackie Hepburn. He made his competing debut with Turriff at the start of the 2015 season going on to be part of the band for the next 6 years leading to being promoted to role of pipe sergeant under pipe major Andrew Gray. Owen has also a member of the National Youth Pipe Band of Scotland for the past 3 years.