Shotts on the line. Photo by Ross Inglis

It was a fantastic day for pipe bands at the British Pipe Band Championships in Bathgate on Saturday, 31 May 2014.
The UK pipe band circuit commenced the first round of its five major championships last weekend, attracting 136 bands and 39 drum majors to compete in front of an appreciative crowd. The temperate weather provided near perfect competitive conditions, with consistently warm temperatures and brief patches of sunshine paired with just enough cloud cover to foster the optimum environment for tuning pipes. As a result spectators commented that the overall standard of Saturday’s premier grade competition was high and both pipers and drummers were able to prepare without the challenge of difficult weather conditions. For Shotts and Dykehead Caledonia, the band enjoyed a relaxed tune-up under the warm skies as it prepared to play fourth on out of the twelve bands in the Grade 1 contest. Saturday’s competition was a medley event, and like in Dunfermline the weekend previous, the band drew its number two selection beginning with “The Blockbuster”.
The performance was the first major championship with the band for nine new members, all of whom competed with the band successfully. The contest also marked the one year anniversary of Shotts and Dykehead Caledonia’s first public performance under Pipe Major Ryan Canning, and while unfortunately the band finished just outside the prize list on this occasion, comparing the performances from the same competition last year, the band continues to be pleased with its rebuilding progress.

You can watch the band’s performance here, thanks to the work of Drone Chorus:

The next competition for Shotts and Dykehead Caledonia will be the United Kingdom Pipe Band Championships, held in Belfast on Saturday 14 June. 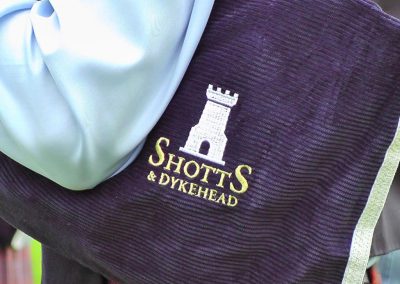 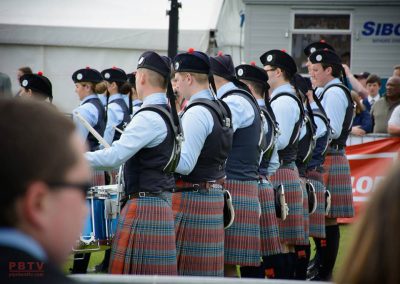 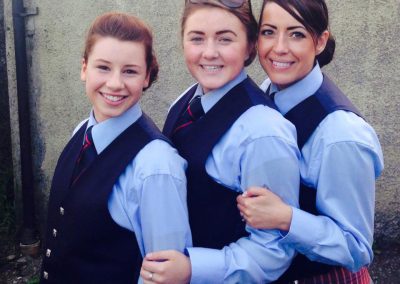 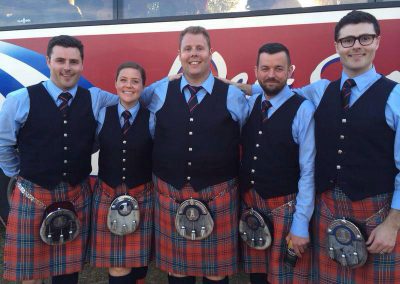