Shotts Continue to Rise at Forres

The competition was the third major championship of the 2014 season, and the second year in a row that the town of Forres hosted the event. The excellent venue was well attended by both bands and spectators, with 177 bands performing, and large crowds there to support them. The sunny afternoon weather was good news for spectators, but made for difficult tuning conditions for the bands. Shotts and Dykehead Caledonia battled against the elements during tune up, when a cool cloudy morning very quickly turned into a hot sunny day. The lingering cold breeze coupled with the hot sun produced a challenging combination for the pipes, though the band persevered through the pleasant but demanding conditions. Playing first, the band drew the number one selection on the line and opened the eleven-band Grade I contest with Ryan Canning’s own composition, “The Siege of Dubrovnik.”

By the end of the day the weather again went cool and cloudy as Shotts led on centre bands to a set of 3/4 marches, beginning with the classic John MacLellan tunes “Magersfontein” and “The Heroes of Vittoria,” finished off with Ryan Canning’s “Iain Macalister Hall.” When the results were called, the band was pleased to be ranked fifth. This marks the band’s highest ranking finish in an RSPBA Major since 2010 as the band continues to rebuild under the team leadership of Pipe Major Ryan Canning and Lead Drummer Jim Kilpatrick. It also marks a progression of prizes in the 2014 season which has seen Shotts rise by one place at every major championships this year.

The band’s next competition will be the Scottish Pipe Band Championships at Dumbarton, on Saturday 27 July. 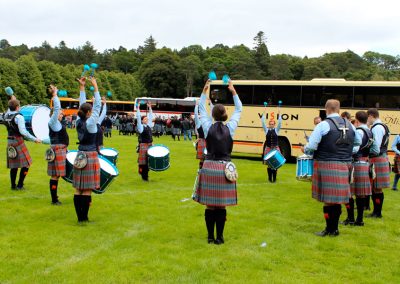 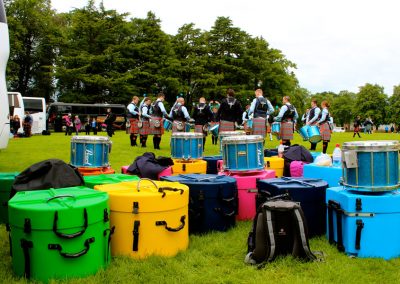 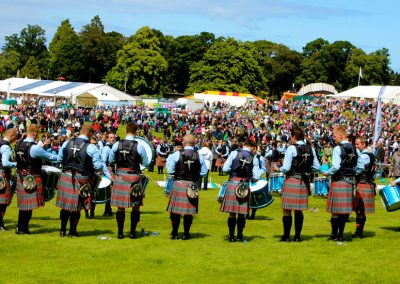 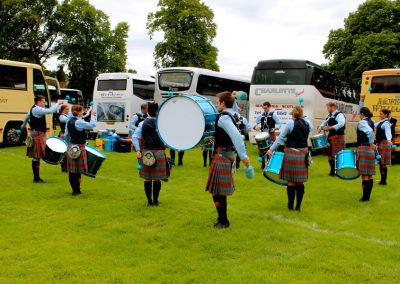 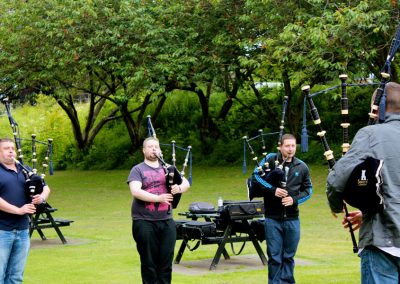 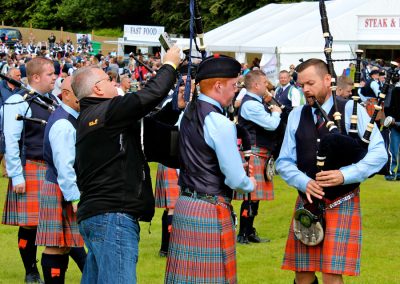